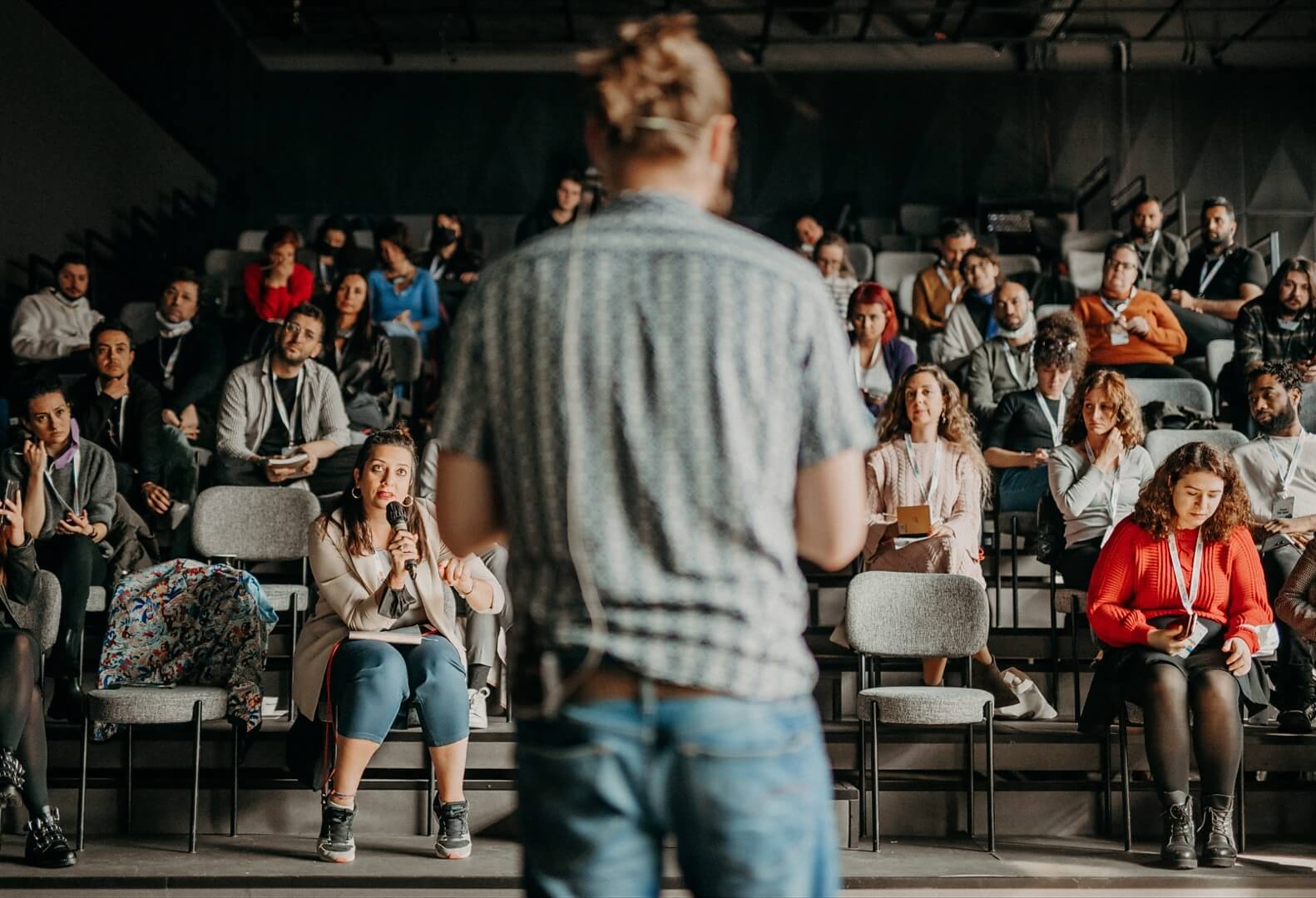 25 professionals in performing arts and circular economy experts from 10 different cities, both from the Netherlands and Turkey, participated in the program.

The performing arts have had to deal with many problems to survive throughout the pandemic.
While some stages are closed and some performance groups are disbanding; some have developed different solutions for their production and engagement with the audience. In this process, the relation of art and culture with the concept of sustainability was questioned. Although the concept of circular economy appeared in many sectors, at least as a discourse, its importance in the field of arts and culture was ignored. In the Train the Trainer program “Sustain the Stage!” which opens a new perspective on the relations between circular economy and arts and culture; arts and culture professionals developed projects by discussing how they could create sustainable strategies in the performing arts within the framework of this concept. Sustainability and circularity themes, which are widely used and discussed in every sector except arts and culture, were thus examined in depth at this event.

The first day of the event started with the opening speeches given by Leman Yilmaz, the director of Istanbul Theater Festival,  and the Cultural Attaché of the Dutch Consulate General in Istanbul, David Naves, which was moderated by the actor Alper Baytekin. In the first session,  ArtsMap’s project partners, InogarArt Co-Founder/actor Mert Fırat and the Dutch Consulate General in Istanbul, Chief Cultural Advisor İpek Sür van Dijk was interviewed.  Mert Fırat and İpek Sür van Dijk stated that their motivation for initiating ArtsMap was to develop an organic structure that would enable dialogue, capacity building and networking, which are common needs of the arts and culture industry. In the conversation, the importance of sustainable dialogues was emphasized through the example of ArtsMap.

The first day continued with presentations of best practice examples from the Netherlands and Turkey. Nite-Hotel and Nineties Products from the Netherlands and Fringe Istanbul and Galata Perform from Turkey talked about how they adapted to the changing conditions, implemented technological solutions and new forms of communication with the audience during the pandemic process.

On the second day, performing arts professionals from the Netherlands and Turkey came together with experts in the field to propose new solutions for creating a circular economy strategy within the scope of ArtsMap’s goals to create sustainable stages. Within the framework of the question “How can we create sustainable stage strategies for the future of performing arts?”, group studies were carried out using co-design and design thinking methods. At the end of this design process, the groups presented their solutions to the problems they identified.

On the third and last day of the event, a hybrid “Speed ​​Dating” event was held in cooperation with Dutch Culture, Dutch Performing Arts and Prince Claus Fund. With the speed dating method, the ArtsMap community has developed new connections and collaborations online with performing arts professionals from the Netherlands and Turkey.