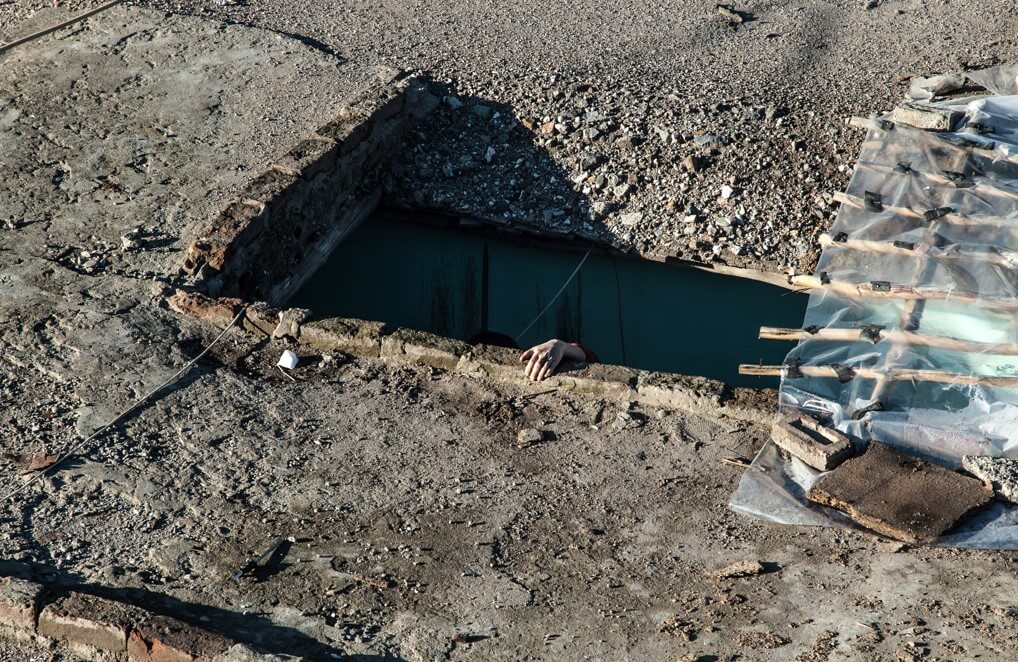 Mixer is delighted to present Emre Erkmen’s first solo photography exhibition will be on display at the main gallery space, A Secret About a Secret* from June 10th to July 30th.

Being a seasoned cinematographer, the photographs of Emre Erkmen reflect his professional sensibility at its best. In the exhibition, the images of the rural and urban spaces and lives in these distant places are juxtaposed and arranged through a cinematographic sequence that debuts its journey with the urban scenes followed by the images of rural life. Finally, these two spaces of differences confront each other within the mazes that exhibit these two worlds facing each other.

The ambiguity hidden in these photographic moments, sequences, and confrontations reveals its secrets first to the exhibition itself and then to the audience.

Captured while working and traveling around the world, Erkmen’s photographic images that are produced horizontally just a cinematic frame simultaneously intrigue and point out the inherent contradictions within these two polarized spaces. The images that are captured at diverse geographies spanning from the Americas to Asia, from Asia to Europe, and evidently from Turkey reveal these urban and rural places through a spectrum of expressions spanning from violent to ironic and yet idyllic at the same time.

In this whimsical world we live in, scenes from the daily life practices of human beings scattered around the globe are revealed through a cinematographic eye that urges us to uncover the secrets behind the truths of these representative images with each and every interaction of the viewer to the visual narrative that Erkmen skillfully composed in this intriguing show.

Excerpt from the exhibition text by Ali Akay

Emre Erkmen’s solo exhibition titled A Secret About a Secret can be viewed during 10th of June and july 30th from Tuesday to Saturday between 11 a.m and 7 p.m at Mixer, Istanbul.

*“A PHOTOGRAPH IS A SECRET ABOUT A SECRET”, DIANE ARBUS