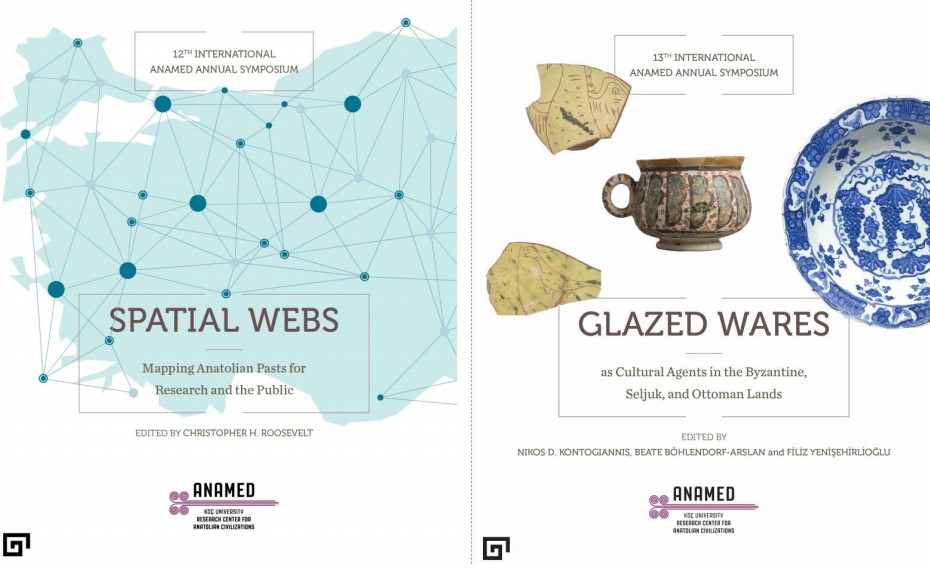 As part of an agreement made with the University of Chicago Press, which is the largest distributor of academic publishing in the United States, books from Koç University Press (KUP) will reach readers all over the world.

Koç University Press is the first publishing house from Turkey to join this international distribution network, and now the knowledge produced in Turkey will be transferred to universities, libraries, and bookstores around the world. In other words, a whole new door has opened for those who produce knowledge in Turkey.

The first titles available in English and those soon to be published can be accessed via the website of the University of Chicago Press:

A century before the publication of Edward Said’s Orientalism, a passionate discourse emerged in the Ottoman Empire, rebutting politicized Western representations of the East. Until the 1930s, Ottoman and early Turkish Republican intellectuals, well acquainted with the European political and cultural scene and charged with their own ideological agendas, deconstructed tired clichés about “the Orient.” In this book, Zeynep Çelik recontextualizes Eurocentric postcolonial studies, unearthing an important episode in modern Middle Eastern intellectual history and curating a selection of primary texts illustrating the debates.

Sephardic Trajectories brings together scholars of Ottoman history and Jewish studies to discuss how family heirlooms, papers, and memorabilia help us conceptualize the complex process of migration from the Ottoman Empire to the United States. To consider the shared significance of family archives in both the United States and in Ottoman lands, the volume takes as starting point the formation of the Sephardic Studies Digital Collection at the University of Washington, a community-led archive and the world’s first major digital repository of archival documents and recordings related to the Sephardic Jews of the Mediterranean world.

Spatial Webs charts the cultural heritage and identity of Anatolia, focusing on projects that incorporate Geographic Information Systems and other analytical tools in spatially significant research into the past. An important new contribution to archaeology and cultural heritage research, the volume brings together multidisciplinary researchers engaged in creating and using spatialized data resources for interactive web-mapping applications.

This volume collects research presented at the Koç University Research Center for Anatolian Civilizations (ANAMED) 2018 international annual symposium. It brings together researchers engaged in the study of the decoration and technology of glazed pottery, ranging from the early Byzantine era to the end of the Ottoman period. Topics explored include pottery production in Constantinople, glazed ceramic production and consumption in medieval Thebes, pottery imports in Algiers during the Turkish Regency, considerations of trading routes and their influences, the relationships between Italy and the Byzantine and Ottoman world through pottery, and more.

for those who question the world…

KUP (Koç University Press), embraces the desire to become a pioneer suited for the university’s aim of being “the center of perfection”.  KUP books are selected from the titles that are able to offer the most sophisticated knowledge of their own fields.

Burasının Bilgisi series consists of the books that are written about this geography or/and by the researchers from this geography (the Middle East, in the broadest sense). These are the works that contribute significantly to the literature, question or change the paradigms, and adopt to unused indications or unapplied methods of analyses.

Uçbeyleri series features well-written, interesting and seminal books that aim to reach the general reader and within each sub-series, the limit of our knowledge about that very area is revealed (state-of-the-art), or carried onward. The series covers the areas of positive sciences, social sciences, literary theory, art, law, medicine, and ethics.

Tuhaf Etki series aims to collect the eccentric Turkish fictional texts that feature a “strange effect”. The series includes the long lost or forgotten works, as well as the emerging writers.

KUP books challenges the approach towards democracy, the problems of modern art world, whether we can survive without the property, the fundamental principles of a society shared by animals and human beings, how we can start from the scratch if the thing called “civilization” collapses, the supply equilibrium of the global warming, how social justice should be established, the results of the obsession of being young, the history of pain, and what kind of a genetic future awaits the humanity.

With the growing number of titles every year, KUP tries to close the gaps of the academic publishing and those in our intellectual world in a most influential way.

The revenue that comes from KUP books are used for the scholarships of Koc University students.