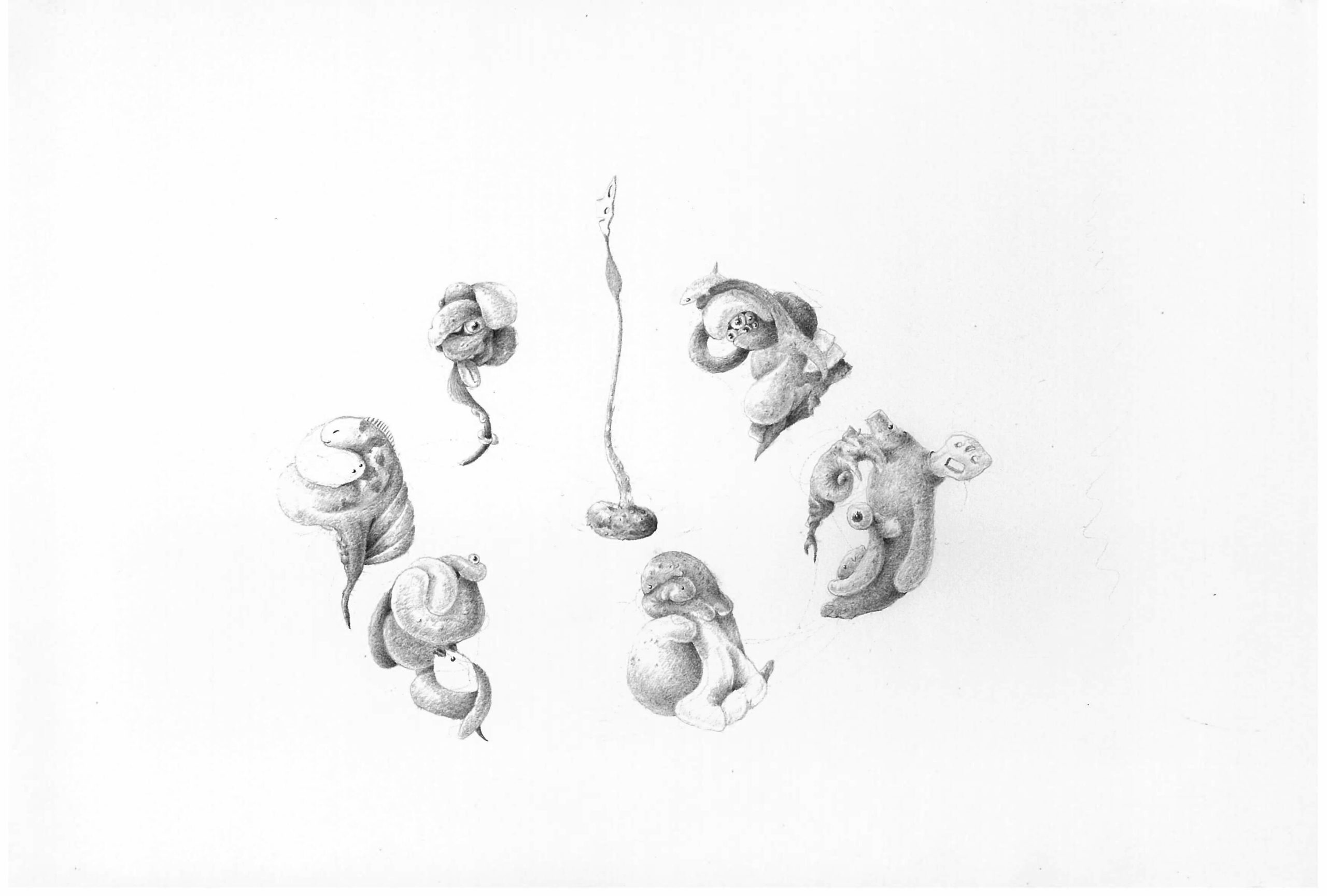 Bora Aşık’s first solo exhibition, “The Empire of Distorted Information,” can be visited at the Mixer project room between September 10 – October 23, 2021

Mixer is pleased to host the first solo exhibition of Bora Âşık, titled “The Empire of Distorted Information,” in its project room between September 10 and October 23.

We believed that seeing life ‘as it is’ opens the doors of a calm mind. However, life is not something that happens. It is not a structure of materials. We are referring to a ‘thing’ that humanity rebuilds every second. Life is a big thing! There is no single reality. There is no single horizon. The sun does not rise again every day; it comes into being again. We live in a perception cage. All our emotions, all our thoughts, and all our routines are connected to a single source: Reality.

Moles who accept their own reality as the only truth, who cling tightly to a single possibility, who try to survive by digging around randomly… This is more or less the definition of human that the artist imagines in his mind. Seeing the nuance between the concepts of life and being—even more than just a nuance, a chasm-like distinction—gives us the chance to become one with the world we live in. Life is a man-made system, a product of consciousness. Being, on the other hand, is an organic process independent of humans, earth, planets, and even matter.

The artist process that uses this vibration between life and being in its works “is not a technique I have acquired over time. Whenever I sit by the paper, I sweat first; then I experience a slight loss of the perception of reality, and then I pass through the doors that open to a realm born from the melding of these two concepts. Here, there is no room for consciousness or for losing oneself altogether. The rules of this area are different. Its punishment and reward are different as well. I can’t say ‘I did’ the resulting work because I feel like I am just an intermediary.”

In an attempt to bring the ‘conflict’ between the visual and literary language of daily life to the artistic field, Bora Âşık combines literature and painting, stretching the limits of the imagination as much as possible by creating a new language in the practice of thinking. In his solo exhibition titled “The Empire of Distorted Information,” he brings the audience works produced on the axis of literature and painting, based on this dual relationship. His charcoal on paper productions are accompanied by sentences and quips from his literary world. “The Empire of Distorted Information” is a mirror for the viewer to question their own reality through Bora Âşık’s drawings. It evokes the feeling of opening the pages of our own stories based on the stories written by the artist.

Bora Âşık’s first solo exhibition, “The Empire of Distorted Information,” can be visited at the Mixer project room between September 10 – October 23, 2021.

Bora Âşık (b.1990, Istanbul) graduated from the Painting Department of Marmara University Faculty of Fine Arts in 2015. In 2014, he won an award at the Second GIO Awards hosted by FABISAD with his story, “Harvest.” In 2015, he won the Everest Publishing First Novel Award for his novel, Surviving the Night. His drawings were included in Mamut Art Project’s 2019 selection.

Bora Âşık I The Empire of Distorted Information