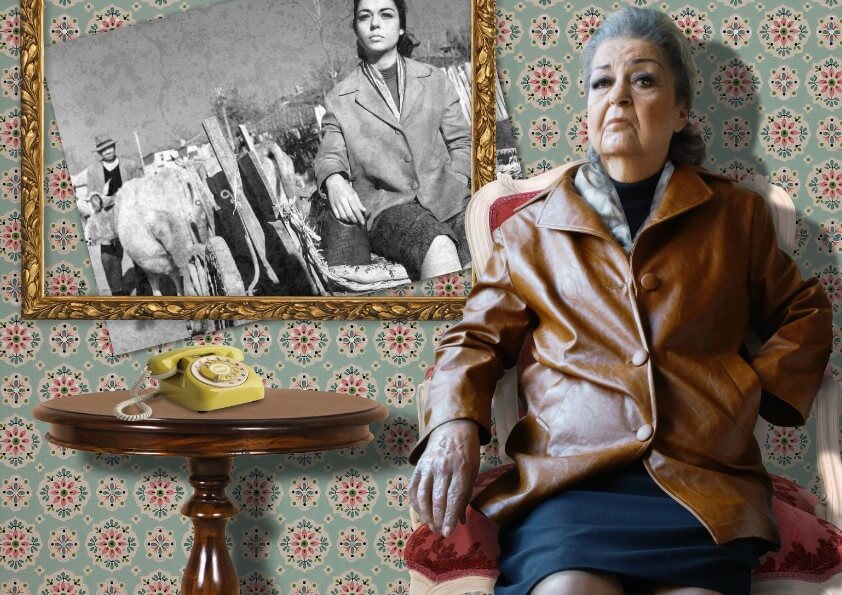 Kezban Arca Batıbeki at Stairs Art Space with the Exhibition “Your Mother Was An Angel, My Child”

Kezban Arca Batıbeki, known for his works on women and popular culture on different platforms since 1984, and one of the valuable names of contemporary art in our country; She is getting ready to meet with art lovers once again with her solo exhibition titled “Your Mother Was An Angel, Yavrum”. The exhibition prepared by her mother based on cinema photographs and bringing together various art practices opens on May 6 at Merdiven Art Space.

Kezban Arca Batıbeki, who is also known for the prominence of nostalgia elements in his art practice, in his new exhibition, he shared the traces of his childhood with his father, Director Atıf Yılmaz, who has an important place in Turkish Cinema history, and Nurhan Nur, his mother of Cinema / Theater actor; He shares with the audience his artistic productions within the framework of cinematographic scenes, photonovels, subculture, cliché, kitsch and pop.

In most of Kezban Arca Batıbeki’s works, the viewer seems to be navigating the trailer of a movie accompanied by familiar feelings. Feeding on the artist’s personal memory, memories, cinema, in short, his life; Encompassed with the melancholy of loneliness, longings, dreams and sadness, and this time dealing with the inner and outer encirclement of not only “woman” but actually her mother, “Your Mother Was An Angel Yavrum” is one of the emotionally charged productions of Kezban Arca Batıbeki. will be an example.

In all of the artist’s art practice, from canvas paintings to photo collages, from installations to short films, ordinary-looking images turn into icons. Although the artist uses consumer society and pop images, he gives a wide social context to his works by reshaping these images in his own pictorial / plastic understanding. In this sense, his treatment of the ordinary gets closer to the sociology / history and social memory line rather than aesthetic research. Kezban Arca Batıbeki constructs his artistic discourse and the intellectual environment behind his works, using the objects he collects and ephemera. Each object in the artist’s works differentiates as the common equipment of socio-cultural memory and individual experiences. Ultimately, the work is not a rearrangement of accidental elements, but an expression of the constitutive relations between objects and experiences. Because, while the objects present a scene of symbols and allegories to the audience, they also create a great scene that keeps the artist’s memory alive.”

The artist’s mother Nurhan Nur’s inner journey between the past / present with her mind and body and the emotional metaphors experienced between mother / daughter constitute the starting point of the exhibition. The exhibition also a period in which Nur Turkey Turkish Cinema replaces the use of samples selected from those photonovels his shot images, different works and video installations such as space docking of two different generations; He examines his views on his own times through photography, video, installations and new technology.

Author, poet and photographer Merih Akoğul is the curator and copywriter of the exhibition.

Visual Artist Deniz Başer’s handmade Fanzine, limited to 150 Editions, who produces a special Fanzine for the exhibition, winking with a naive touch to the Digital world we are in.

Exhibition; It can be watched between May 6 – June 6 at the STAIRS ART SPACE between 11-18.00 except Mondays and Sundays.