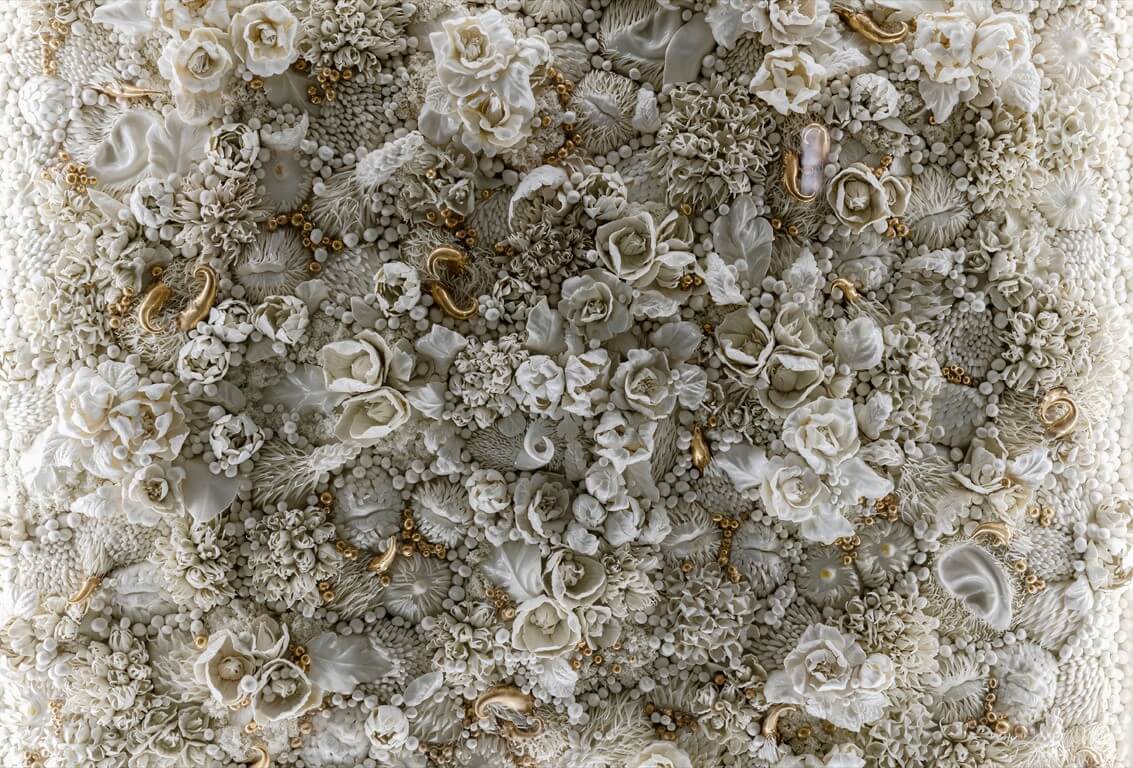 17 new works from the “Habitat” series, which artist Melis Buyruk has been working on for the last two and a half years, will meet art lovers at New York’s Leila Heller Gallery between July 20 – August 30. In the works displayed under the title “Habitat: Bloom”, textures and fragments from humans, animals and plants come together and form new, hybrid life forms. Buyruk meets the audience with her sixth solo exhibition, her second one abroad after Dubai.

The works in “Habitat: Bloom” imply an alternative depiction of nature. Each texture and fragment in the works that focus on the dynamic and the balance within nature, represents living species, thus life itself. Inspired by the uniqueness of every fragment in the nature, the artist creates by hand each texture and form that seems to repeat each other. The artist builds an unusual setup in works which feature forms that feel familiar at first but cannot be defined as we go into detail. While metals such as gold, platin, copper and mother of pearl symbolize the light and power of the universe as well as the continuity of life, the works are produced with an elaborate and meticulous technical approach. At the center of Buyruk’s “Habitat: Bloom” exhibition, is a 2×2 meter piece, which stands out from her previous works with its dimensions. The fantasy world, which also features hybrid living forms born from the union of different species, captures the differences in the repetitions that go on in a routine cycle. The artist describes her creative process as “a happy and hopeful period in which she blooms”.