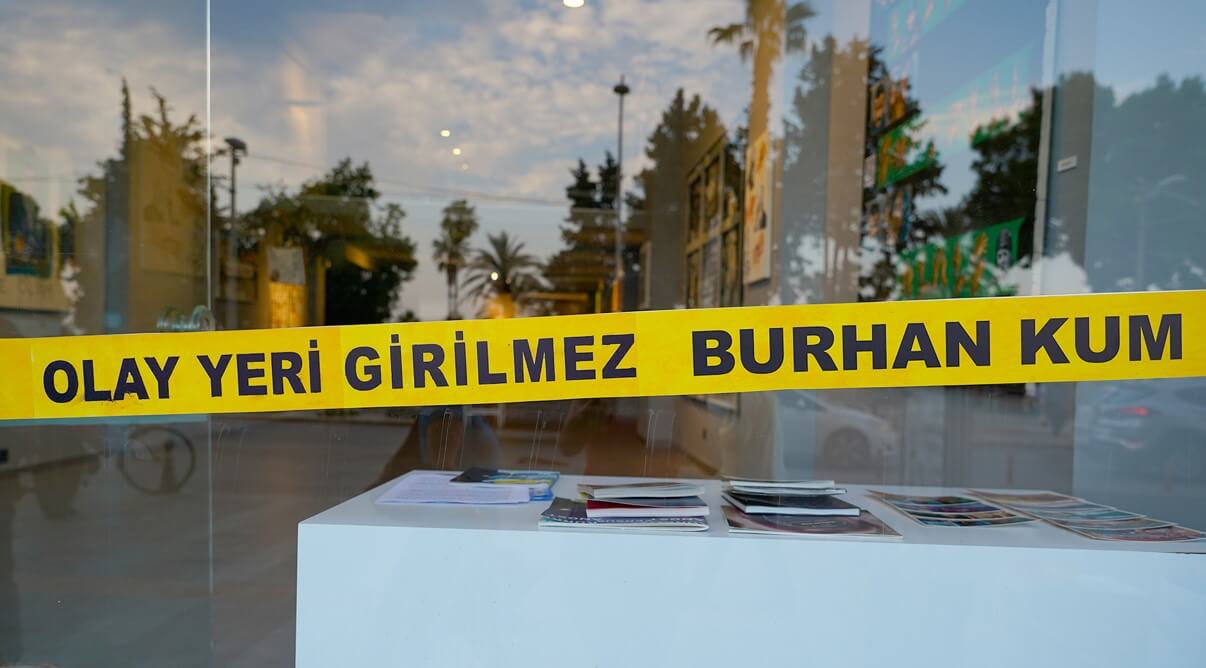 Art is a journey with no beginning or end. The artist does not know when he embarks on this path, his goal or when his journey will end. Therefore, it is useful to stop once in a while and look back on the works that have been created in a certain period. This approach, which displays the artist’s development of his oeuvre in a limited period, exposes the outcome to the evaluation of the audience, but also allows the artist to question his own art works.

Burhan Kum first started making art by drawing copies from his older brother’s alphabet book, and has been making art “consciously” since 1989, the year he graduated from the Den Bosch Royal Academy of Fine Arts & Design. Kum has been exhibiting his works uninterruptedly since 1992.

Kum’s retrospective begins with the Manavgat Postcards series (for which Kum was sued for) first exhibited in 2002. According to Kum this series is his first move in creating his own narrative language. These paintings are the first critical perspectives that Kum developed against the social perception that the dominating power was trying to construct through images. The Postcards series is also the emerging point of the issue of “the social meaning of images and their function in historiography”, which was to become the main point of all his subsequent exhibitions.

In the nine solo exhibitions he opened within the following twenty years, Kum preferred to use the visual language he borrowed from social media, either directly or by transforming it. Kum’s aim is to fight back the dominating power with his own weapon. By doing so, the artist also aimed to emphasize the artificiality of the visual language imposed upon society. Kum contemplated for a long time on the “pixel” cloud that was created in the 21st century with the development of digital technologies which encompassed the whole world. The digital world’s penetration into every pocket, and the rapid flow of information through images into the brain is the main reason why Burhan Kum approaches this technology with suspicion. Today the artist turns his suspicions on the sensitive nerve endings of society such as sexuality, pornography, religion, official discourse and politics, and inverts the digital images that represent these structures that aim to create a system of thought. Kum believes that the result of these canvases from the last twenty years forming into crime scenes is the natural result of his inversion.