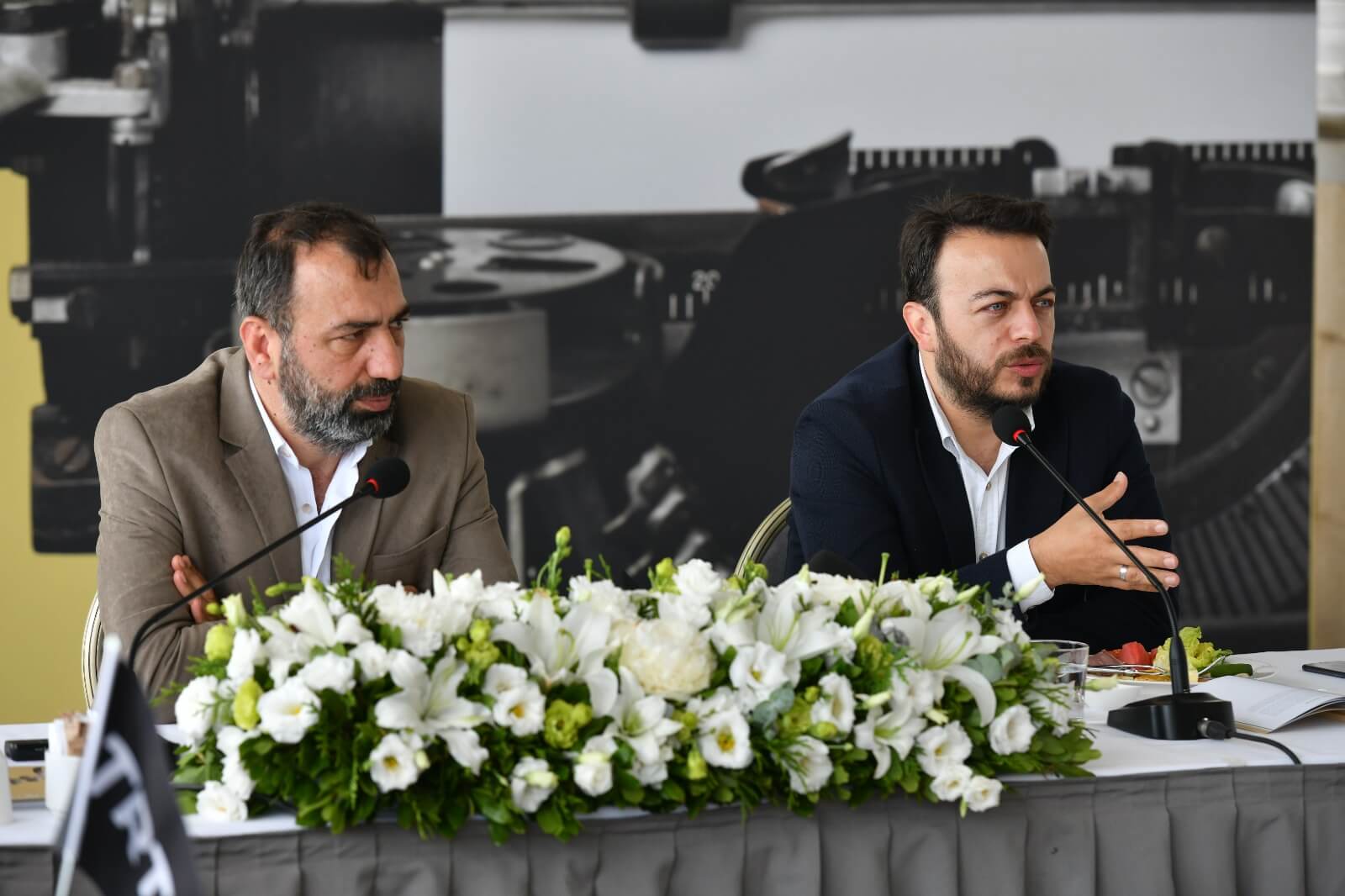 “12 Punto 2022”, which TRT organized for the fourth time this year to bring a new breath to the cinema industry, has started.

Speaking at the meeting, Cemil Yavuz said that 12 Punto is an objection against the jury system in Turkey.

Stating that the system of award distribution through the jury in Turkey will not benefit Turkish cinema, Yavuz said, “An independent jury is making the pre-selections of 12 Punto. An international jury then determines the final. We object to a structure where we always see the same cinematic example and do not change the way we tell stories, especially thanks to the dramaturgs from abroad. We object to network and thematic impositions made behind closed doors. Therefore, this is the reason why we spread 12 Punto across the entire industry and get in touch with everyone.” used the phrases.

Yavuz said, “As 12 Punto, we are a team that tries to produce solutions, as we see that the inability of Turkish cinema to make enough attacks and reach its potential is due to such reasons.”

TRT Cinema Director Güven, on the other hand, pointed out that they continue by opening a new field every year, adding, “This year, we opened a new stage called ’12 Punto Meetings’ so that the finalist projects can go to better places and develop their projects. 12 Punto Meetings is an event where influential names in world cinema come to discuss their projects with our finalists and contribute to their awareness and announcement.” he said.

Stating that about 22 films from TRT Cinema co-production went through the festival process, Güven said that the movie competed in more than 200 festivals last year and received 125 awards. Emphasizing that 17 festivals are considered A-class festivals in the world, Güven, “TRT co-productions have competed in 14 of them so far.” he said.

The event, which will be held on three different platforms this year, will bring together the leading names of world cinema. Panels, masterclasses, talks and presentations to be held as part of the event will be held at Feriye Cinema in Beşiktaş, Istanbul. The 12 finalist project owners will hold meetings with script consultants Marietta von Hausswolff, Eva Svenstedt Ward and Laura Piani, and meet with Stefano Tealdi, an expert in marketing and presentation.

Apart from panels and masterclasses, film screenings open to everyone and talks with directors will be held at Feriye Cinema between 19-26 June. After the TRT co-production Klondike screening, which won the “Best Director” award at the Sundance Film Festival, where it had its world premiere, an interview will be held with director Maryna Er Gorbach and producer Mehmet Bahadır Er. Palestinian director Elia Suleiman’s TRT co-production film “This Must Be Heaven”, which won the “Jury Special Mention” at the Cannes Film Festival, will be screened within the scope of 12 Punto 2022.

The closing and award ceremony of 12 Punto 2022, which will be held in Istanbul on 19-26 June this year, will be broadcast live on TRT 2.