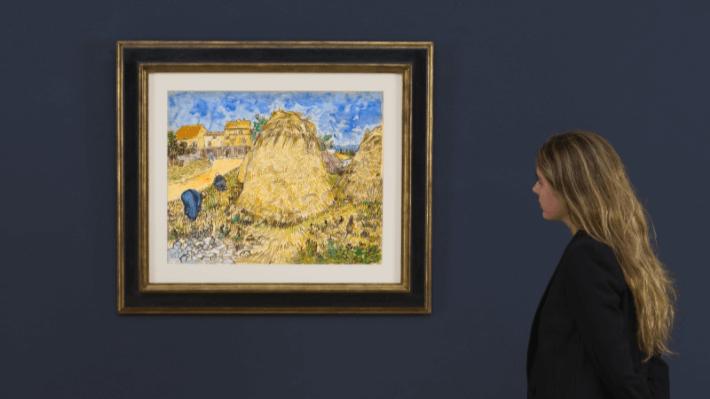 The watercolor painting by Vincent Van Gogh, which has been missing for more than a century, will make its debut at an auction at Christie’s London. The painting, which will be exhibited for the first time since 1905, is expected to sell for between 20 and 30 million dollars.

Income from sales; its current owner will be divided between the descendants of a Jewish man from Berlin who left the artwork behind while fleeing the country during World War II, and the heirs of the family where the work remained during the war.

Paris-based Graupe sold Van Gogh’s work to Alexandrine de Rothschild, a Jewish banker family. However, the Nazi occupation once again took the work of art from its new owner, and the painting was seized by the Nazis while the owner of the work, Rothschild, fled to Switzerland.

The painting’s subsequent journey is unclear, but in 1978 it arrived at Wildenstein & Co. in New York and was later sold to Texas oil businessman Edwin Cox.

The sale, which will be held on November 11, consists of the collection owned by the Cox family and Van Gogh’s painting stands out. If the painting sells, it could break the world record for the highest price paid for a Van Gogh work.