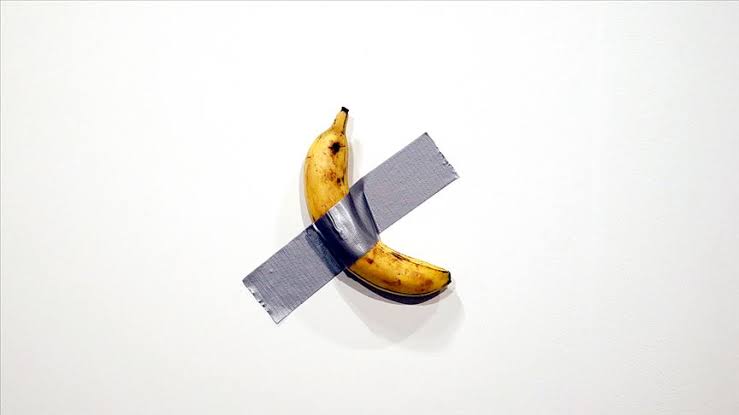 Think carefully before answering the question. Although it seems like a simple question, it continues to be discussed by many art historians. When I was asked this question by my teachers and other students in my first year of undergraduate education in Art History, we all had an opinion. We made many sentences that were insufficient for definition. When I started my master’s degree, the same question arose again: “What is Art?” This time, everyone in the class, including me, knew that this question was difficult.

It isn’t easy to define. Because art contains more than one variable, it is not based on an objective reality like the answer to the question “What is science?” Sharp lines do not surround its borders. In science, the evaluation of knowledge can be achieved with scientific methods. But art is very different from that.

It is possible to say that it existed due to a need and was seen as a craft. The most basic impulse in its existence is the need for expression. We can also understand this in cave paintings. Although it existed as a craft within specific patterns, devoid of originality until the Renaissance, art has managed to exist after the Renaissance. Again in this period, for the first time, written sources for what art could be started to be created. Although we see that these sources are insufficient today, we attach importance to them because they are the starting point of written art historiography.

Art is an abstract concept. When the abstractness in question caused difficulties in defining it, some art historians examined the concrete works of art. The boundaries of art, an abstract concept, have been clarified by reviewing tangible results.

When we go back chronologically on art history, we turn to cave paintings. Art, which is the language of communication, exists as a result of the need for expression. The anxiety it carries is undoubtedly not artistic. If we went to the dates when civilization progressed, we also see that state leaders and clergy members proceeded on their orders. Although there was a little more originality and freedom in the art after the Renaissance, we also know that Michelangelo made that magnificent work of art on the ceiling of the Sistine Chapel with a special order and in line with the intervention of the pope. Let me state right away that it is not my place to criticize Michelangelo, but I would like to emphasize the necessity that art should emerge without the artist being interfered with. Does art, whose production part belongs entirely to the artist and should not have any commercial concerns, remain as art when it is interfered with?

The slightest interference with the artist is a violation of the artist’s originality and freedom. However, the one who sees and buys is as important as the one who makes it can cause the art to become commercial. After all, this is one of the most critical problems of today, isn’t it? The desire to reach the seer and the buyer. But should these artists starve? If we look at it from a different angle, it’s hard not to justify it.

Everything changed a lot after Duchamp called art “hypocritical”. We were shaken by a urinal flipped over. Of course, that didn’t happen right away. Now, although I am simplifying the matter to you here, it took a long time for the urinal to be accepted into art. However, after being accepted, we experienced a great change. For this very reason, Kosuth divides art into two as before Duchamp and after Duchamp in his article “Art After Philosophy”. We experienced the first sharp break here and one of the most important lines of the art was erased. Our aesthetic perception is broken. With the idea coming to the fore, art took on a completely different formation.

Now, if we need to give an example; A graduate student studying politics in America opens a forum and tells people, “America is a capitalist country, and you can even sell your votes if you want.” This action of the student, who opened the site to do research, creates an event and as a result of the reactions, the student is forced to close the site. However, at that time, an Australian artist asked him to sell the site to himself. The student accepts this offer and transfers the account to the artist. An agreement is reached between the artist and the student. The student announces that he has sold the account to European businessmen. Events are escalating and this is hotly discussed in a live broadcast on CNN. The artist, who is thought to be a European businessman during this discussion, does not accept the accusation of being hostile to America and attacking democracy. On the contrary, he says that he admires America, embraces capitalism and even loves it, and that the votes of the people can be sold when appropriate. The event I am talking about is an art performance. The most important feature of this performance art is that it makes the lines feel.

Let’s take a look at this example. We have something outside of our “normally” conventional perception of art. Bager Akbay likens the moment of hesitation in this example and whether to take this performance as art or not, to the moment of accepting the urinal or not. The analysis is extremely successful. Because she looks exactly like that moment. This is actually the moment when an artifact touches the person who sees it. This is important because it is open to debate whether a work that has touched no one but its creator is art.

There is also the perception of space and identity. Our notion that something is a work of art has to do with where it is displayed and by whom. It even has to do with how it’s called. Could we call it art if the Australian artist hadn’t bought the website, if a university student had done the same thing to the end, and if the thing he was trying to draw attention to was the same thing? Or if our student said that it is a performance art, would we accept it?

The process of its emergence, the result, the moment it meets the audience, all lead us to evaluations about whether that work is art or not. Art has no boundaries, but it is possible to say that it sits on a certain ground. I would like to underline that the most important variable is people. This leaves us with complex equations.